Trying to find information, you could go to NHS CHOICES website –

Their suggestion is ‘Contraception’.

Try again – and up comes ‘Suicide’.

Definitely a ‘malfunction’ of the NHS’s £60 Billion IT system, but it could upset patients.  It’s not funny, and is NOT good enough for a publicly-funded Internet  service, dealing with a problem that affects  25% of cancer survivors. END_OF_DOCUMENT_TOKEN_TO_BE_REPLACED

We need a list NOW.  The NHS says it can’t be done – so that got me started.  I asked around and here are some contacts.  I would welcome any names or centres to add. END_OF_DOCUMENT_TOKEN_TO_BE_REPLACED

You get what you Pay for 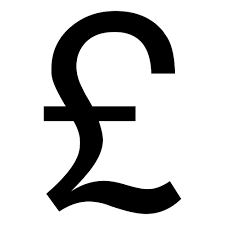 END_OF_DOCUMENT_TOKEN_TO_BE_REPLACED

Cancer Survivors finally being listened to when drug side effects hit

Especialhy those with heart problems

Today, anyone battling with long term side effects from cancer treatment, is finally being listened to.  If you have heart problems, neuropathy, osteoporosis, lymphoedemia, dry dry skin, and other problems which turned up after treatment, and one dealt with alone, you are being taken seriously.

No longer do oncologists pooh pooh these conditions and blame them on your age, the menopause, or anything else to fob us off.

END_OF_DOCUMENT_TOKEN_TO_BE_REPLACED

More Information on Side Effects of Cancer Drugs

Thanks to helpful NHS staff at http://www.mycancertreatment, they have sent me a brilliant

website that states many of the major and minor side effects of our drugs.

END_OF_DOCUMENT_TOKEN_TO_BE_REPLACED

And Patients have to face lies….

such as “your GP will look after you now”

Believe this – and you will believe anything.

Yes, there must be some doctors who genuinely care for their cancer survivor patients, take to heart the advice that they must supervise our after-care, but their patients are probably lucky enough not to have long-term side effects from their treatment.

But if you are one of the half-a-million suffering from major problems after taking Tamoxifen, or one of those on any other cancer drugs that haven’t yet been investigated, and you are on your own.  After a rushed appointment trying to explain medical problems caused by drugs to a dis-interested GP, she smiled at me, as if to excuse her lack of concern, saying “you know much more about cancer than I do”.

Considering one in three of the population is expected to have or get cancer, I find this frightening.

Media currently has scary stories, ranging from the average poor diagnosis we can expect if we are concerned that cancer has returned, to the headline in the Daily Mail that we are ‘failed by insensitive NHS doctors’.  This comes from latest report from Breast Cancer Care.

And it is almost IMPOSSIBLE to find one of the elusive specialist nurses that are, according to the Dept. Health, to be tasked with looking after us once we are discharged from hospital.  In my own case it took three years of demanding, before I was given the name of ‘my’ CNS.  One appointment with her, and that was the last I saw of her.  More fuss, and I am told I have another CNS – but “she isn’t in post yet”.  Six months later I have one very positive appointment, then yet again she leaves.  And I have given up. I feel that I am making them leave – what’s wrong with mr?!!

This treatment makes us feel very alone;  we long for the after-care that every Health Minister says is our right – maybe with an election coming up, we could ask prospective MPs “What are YOU doing about long-term after cancer care?”  That would put them on the spot!

Looking Good is Good for YOU

END_OF_DOCUMENT_TOKEN_TO_BE_REPLACED

One Way High Flyers can get work after cancer

You think it is going to be easy to get back to work?

Sadly, the answer is no.

END_OF_DOCUMENT_TOKEN_TO_BE_REPLACED

Starting up your own business after cancer

It couldn’t be a worse time to try and get back to work after cancer.

The only upside is that poor figure seen here in the middle is no longer YOU!  (with thanks to Sangrea.net)

Unemployment figures rise weekly, and what horrifies me is the lack of support given to cancer survivors by Dept. of Health, major cancer charities, etc .