Or does any treatment have to have a ‘tick box’?

How often do we hear this – as fellow patients?  And how often do you think NHS staff actually listen to what is being said – and act on this?

Not often in my experience, and I am sure others.

Osteoporosis affects thousands of us, but turning up in A & E doubled up with spinal pain, you would think I was speaking a foreign language (perhaps I was to those who didn’t have a good command of English).

One would have expected to be given an X-ray at the very least, to discover what had gone wrong.

Silly me – this is the new modern NHS, pledged to respect my dignity; or perhaps slide me over into another treatment stream so that A & E could tick the box that said I had been seen within four hours, then wash their hands of me. 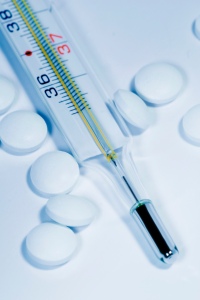 I was sent home with three large boxes of a drug that I should never be prescribed, and a recommendation that I would be seen by a Consultant.  I threw away the dangerous tablets, and three weeks later am still waiting to get a referral to a Consultant.

I am not very good at handling pain, so phoned a private Consultant.  His secretary obviously could hear I was in pain, and made me an appointment to see her boss that afternoon.  Am now being treated for three Wedge Fractures of my spine, and having Hydrotherapy twice a week.  Apparently I had somehow collected three wedge fractures in my spine.  However, private treatment sorted things out, and am now walking fairly upright, and consumption of Pain Killers has almost stopped.

But what happens if your Bank Manager can’t let you have any more dosh?

A friend, in the same situation, but hers had lasted for several weeks, was fed up with “pass the parcel’ treatment in hospital clinics.  When the umpteenth doctor whom she saw spent more time tapping his keyboard than listening to her, she marched off to the hospital’s PALS.

They have improved enormously in the past year (lots of complaints to deal with, I suppose).  A PALS staff member took her complaint, told her to wait, then marched off to the Consultants’ clinic.  She came back with a Consultant in tow.  My friend was fast-tracked through all the administration, boxes were ignored, and she is now being treated.  And out of pain.

So try this next time – it might work, until the NHS finds too many of us are copying this system, and devises another way to block us getting treatment (it costs money, which the NHS says it has to save).

Next March there is yet another PR exercise, designed to make us love our caring NHS.  The idea is that everyone working for the NHS pledges to make small changes to help improve our care.  So let me suggest

1.  When we are desperate for a glass of water, FETCH it yourself to us.  How long will it take?

2.  Forget about those stupid pain league tables – ” on a scale of 1 – 10, how bad is the Pain?”  Last time i ground out between gritted teeth “10”, nurse just ticked the box and went on to the next question.  What a pointless waste of patient’s time, and unproductive.