Would you trust a Junior Doctor with your life? 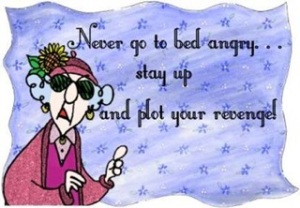 In our celeb. hunting culture, one would expect a hospital to offer  dignity and care to its patients.

But anyone watching the docusoap Junior Doctors, filmed at Chelsea and Westminster Hospital, would have been squirming at the undignified and painful procedures it seemed to allow trainee doctors to inflict on its patients.

If these doctors are let loose at weekends (as seems to be usual procedure) this could explain the scary figures just announced by the NHS:

And watching the latest episode of the TV docusoap, Junior Doctors, the reasons why seem obvious.

Who allowed filming without demanding approval?

How Chelsea and Westminster Hospital allowed filming on its wards is  question that its Governors need to ask – but will they?

As the cameras followed these so-called doctors around, one squirmed at the pain they inflicted, without seeming to show any remorse.  Priya was told in no uncertain terms by one feisty lady that she didn’t want her – and to get the nurse (Priya seemed reluctant).

Having spent a year in an 0ld-fashioned NHS ward (when I had polio), us patients knew that Sister was always keeping a watchful eye on our care.  There is no way she would have allowed a junior doctor to take six goes at inserting a cannula.  But today’s Sisters were very absent when TV filmed in Chelsea and Westminster Hospital.

A charming Mr. Straw and young patient Alfie were subjected to appalling treatment – Mr. Straw just told the doctor he’d had enough – Alfie screamed blue murder, and can’t say I blame him.  Where were the nurses protecting their patient’s “dignity”?  Not to be seen.

Alfie’s mother had the right idea, snatching Alfie up and removing him smartly from the doctor’s presence.  Eventually it was shown that the painful cannulas could be inserted when Alfie was under anaesthetic – but why subject the poor kid to such trauma when it wasn’t necessary?  Or was a human pincushion needed for the doctor’s training tick box?

Chasing TV ratings instead of looking after patients

Now I am beginning to understand why modern treatment is so difficult to access, whilst my local hospital chases TV ratings, without any thought for dignity or comfort of the patients being filmed on their premises.

None of  these  scenes showed any nurse in evidence, even when Priya’s patient demanded to see a nurse.  But when I asked one of the Royal Colleges why this didn’t happen today, I am told it is not responsibility of the Sister who is supposedly in charge of that ward.

After the last programme, I am sitting up in bed, with thoughts of where and with whom I would like to use blunt cannulas.  And I wonder what patients about to be admitted for operations are thinking?  Bet they are even more scared.

I’m off to the Vet when I have another medical problem.  At least they are properly medically trained.

I was reminded of the time a doctor spent 30 minutes trying to take blood from me.   I gritted my teeth (but ended up looking like a junkie with all the bruises).  Eventually she threw her tray of instruments down on my bed and rushed out the room.  Twelve hours later (at midnight) a proper doctor inserted the cannula without fuss.  But I had been sent in for 24-hour antibiotics and had to spend another day inside.

Shortly after I came out of hospital I had to take one of my dogs to the Vet.  Whilst there, Vet told me he would have to do blood tests, and I freaked out.  How was I going to keep a lively dog calm when being poked with painful needles?

A few seconds later, the Vet laid down a syringe, full of blood, with a happy dog lying on the examining coach.  I gasped, and explained to the Vet what had happened to me.

“Aahh yes”, said the Vet.  “But if we hurt our patients they bite us”.

If you like black humour, read this critic’s story on the programme http://www.guardian.co.uk/tv-and-radio/2012/jan/24/junior-doctors-tv-review?newsfeed=true