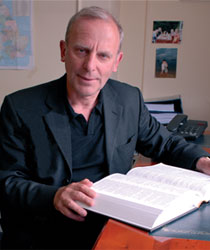 Prof. Karol Sikora gave an explanation of the figures

Never one to mince his words,  the video clip below shows Sikora talking about

Ascribing lower incidences of cancer to banning smoking in pubs, he comes out strongly saying that patients who demand better treatment,

and/or whose doctors are prepared to fill in the interminable forms to obtain specialised drugs,

So be prepared to demand better care – LOUDLY.